The only language change made to CHAPA's budget priorities was to Residential Assistance for Families in Transition (RAFT). The House Ways and Means language directs $4,725,768 from the Housing Preservation and Stabilization Trust Fund to RAFT. This would bring the total funding in FY2020 for the program to $20,000,000.

The budget proposal also includes an increase to the surcharge on Registry of Deeds recording fees that fund the Community Preservation Act (CPA). The budget calls for a $50 recording fee, up from $20, for most documents, and $25 for municipal lien certificates, up from $10. It's estimated that those increased fees will generate an additional $36 million for the CPA Trust Fund. 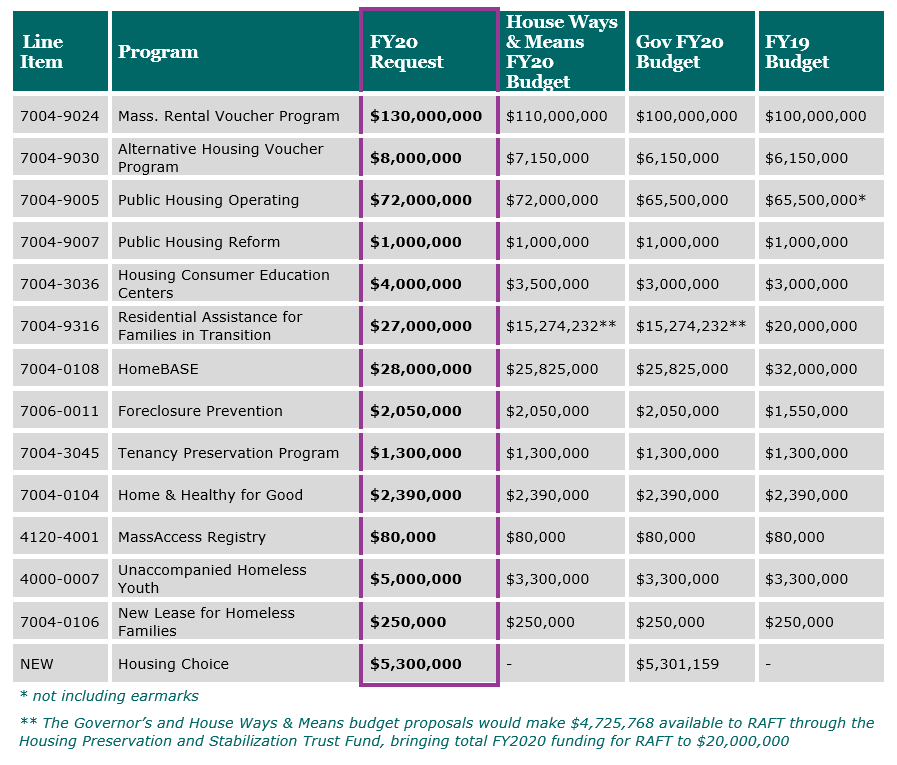 Support CHAPA's efforts to keep making a difference in our communities.